Meet Gabriel “Gabe” Nicolas Mercado, born January 12, 1991, a racist Three Percent Militia member and operator of the @exposecommiesnv Twitter page living in Winnemucca, NV. We feel that Gabriel’s choice to uphold the tenets of white supremacy and engage in political harassment and libel is a threat to our community at large. You, the residents of Truckee Meadows and Northern Nevada should know more about Gabriel in order to unite against the growing threat of racism and fascism. 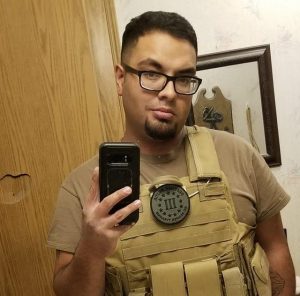 We realize not all III Percent Militia chapters lean towards white nationalism, however, we are aware that many chapters do.

The image in Figure 3 captures the white nationalist leaning of the Winnemucca III Percent Militia chapter. In this post, a Facebook friend of Gabriel asks what the “OK” sign means to which Gabriel replies, “III Percent. I promise it does not mean white power like the media says”. Is Gabriel [right], himself, throwing a very subtle OK hand gesture (or perhaps a thurisaz rune gesture associated with neo-nazism)? Either way, his subtly would certainly allow him plausible deniability but you decide for yourself.

Contrary to Gabriel’s claim, the OK hand gesture does represent white power, as documented by the Anti-Defamation League. In addition to ADL’s documentation, there are plenty of receipts by antifascists documenting the fascist Proud Boys street gang and members of the violent white supremacist group American Guard using the gesture. Avowed white supremacist Brenton Tarrant, the Australian man who murdered 51 people in New Zealand in March of 2019, flashed a white power symbol in court, and reportedly smirked at the media.

In addition to Gabriel identifying as a III Militia member, he also identifies as a Boogaloo. 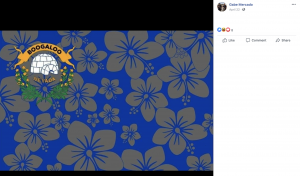 The Boogaloo is a far-right extremist slang term, as in “Civil War 2: Electric Boogaloo,” a take from the 1984 film, Breakin’ 2: Electric Boogaloo. The term, appropriated by far-right extremists, signifies their eagerness for a second civil war. The term has since been re-branded as “Big Luau” and “Big Igloo” since popular social media platforms have been censoring the term Boogaloo.

Gabe is the main operator of the Exposing Reno-Commies twitter page. Gabriel scrapes Facebook for people in the region whom he believes are his political adversaries and defames them by labelling them rioters, pedophiles or pedophile sympathizers, and has posted images of his subjects posing with their children. Additionally, he regularly glorifies violence, having doubled-down since the double murder in Kenosha, WI, by 17 year old Kyle Rittenhouse on August 25, 2020. 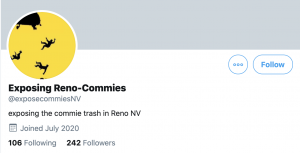 Gabriel’s choice for his Twitter page’s avatar represents death flights, colloquially referred to as “free helicopter rides” by the far-right extremists, a form of extrajudicial killing practiced by military forces in possession of aircraft: victims are dropped to their death from airplanes or helicopters into oceans, large rivers or even mountains. Oregier Benavente, Pinochet’s former personal helicopter pilot, has admitted that, many times, he threw prisoners into the ocean or into the high peaks of the Andes. 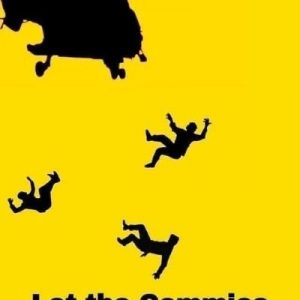 The image in Figure 8 illustrates Gabriel glorifying the death of a civil rights activist at the hands of 17 year old Kyle Rittenhouse on August 25, 2020, in Kenosha, WI. 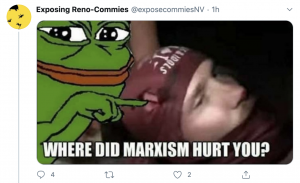 [Fig 8] The Pepe the Frog character has racist and anti-Semitic connotations.

We were able to deduce his role with the Exposing Reno Commies Twitter page when he admitted in a reply to another Twitter user that “Im not white but the other guys who run this page are” [sic]. Gabriel’s reply contained an attached image which facilitated his identification. 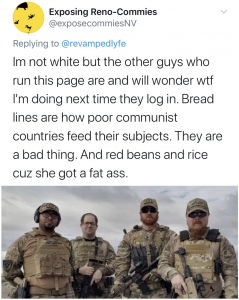 [Fig 9] Gabriel Mercado, pictured on the left, made it painfully easy to learn his identity.

His public admission led us to his personal Twitter page (archive) and his now deleted Facebook page. 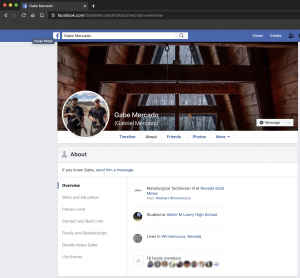 As previously noted, Gabriel created the Exposing Reno Commies page to target those he perceives as his political adversaries and engages in libel, calling many of his targets pedophiles or pedophile sympathizers. Ironically, he seems to have an opinion on how the life of Jeff Epstein, known pedophile, ended.

According to publicly available records, we know Gabriel lives in Winnemucca, NV. We also know he often visits his parents here in Reno, who live in the southeast quadrant of McCarran Blvd. 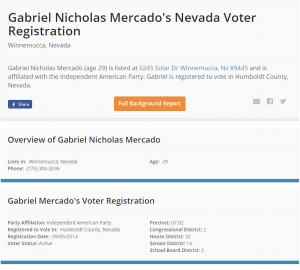 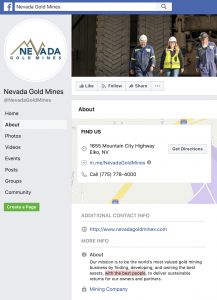 We have confirmed that Gabriel’s current place of employment is Nevada Gold Mines, based in Elko, NV. You can reach out to Nevada Gold Mines to voice your concerns by calling their Elko office at (775) 778-4000 or by reaching out to their Facebook page. Considering Nevada Gold Mines believes they find “the best people” to employ, we wonder how they would feel if they knew they employed a right-wing extremist who supports white nationalism and political violence.

A local news outlet, This Is Reno, published an oped about George Forbush, a feral hog employed by Sparks PD with a violent streak, who talks about building a couple of AR pistols “just for BLM, Antifa, or active shooters who cross my path and can’t maintain social distancing.” and praises Gabriel Mercado for exposing Black Lives Matter supporters and advocating violence against them. 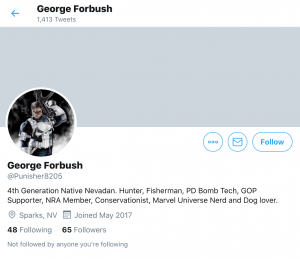 Who protects us?
We protect us.