Meet Corey Rayburn Lequieu, born April 17, 1970, a white nationalist , QAnon supporter, and member of the Three Percent Militia living in Carson City, NV. We feel that Corey’s choice to uphold the tenets of white supremacy is a threat to our community at large. You, the residents of Carson City, Truckee Meadows, and the greater Northern Nevada region should know more about Corey in order to unite against the growing threat of racism and fascism. 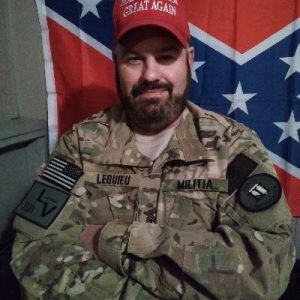 Corey is an anti-masker and frequently attends rallies in Carson City and was seen at the BLM rallies in Reno on May 30, 2020, and June 7, 2020. At the Believe Plaza in downtown Reno on May 30, Corey was seen standing off with BLM supporters who were asking him to say that black lives matter. Instead, he stood his ground and repeatedly claimed that “All Lives Matter”, a reactionary slogan for white nationalists in response to the Black Lives Matter movement. 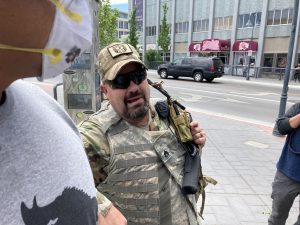 The following week, on June 7, 2020, Corey was observed in full military clown kit with approximately a dozen or more members from the III% and Northern Nevada Light Foot militias in and around downtown Reno to “keep the peace” at the BLM vigil. Additionally, some 100 or so bikers showed up, appearing agitated and eager for a fight with the vigil attendees while the militia member stood by idly. 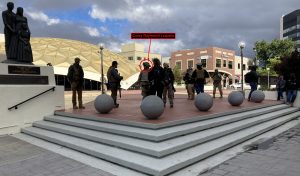 [Fig 3] Corey gathered with his III% Militia contingency at the Pioneer Center on June 7, 2020, in Reno, NV.

Corey clearly has an affinity for the Confederacy. In addition to his Twitter avatar, he has posted several images on Facebook showing expressing his love for the Confederate flag (Fig 4-6). 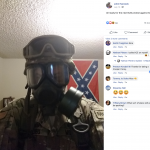 [Fig 4] Corey posing in front of a Confederate flag in military kit. 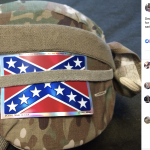 [Fig 5] Corey decorates his kevlar helmet with a Confederate flag. 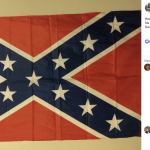 [Fig 6] Corey bragging that his father is born and raised in the South.

UPDATE Believing he’ll get a rise out of antifascists, Corey recently posted an image (Fig 7) of the white supremacist Confederate flag. Instead of getting a rise, he confirmed, beyond a reasonable doubt, that he is a white supremacist. 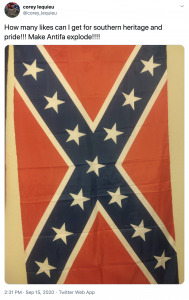 [Fig 7] Corey doubles down on his white supremacist ideology. 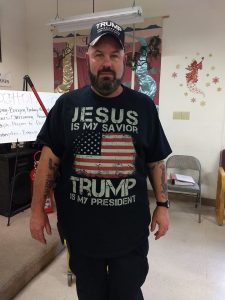 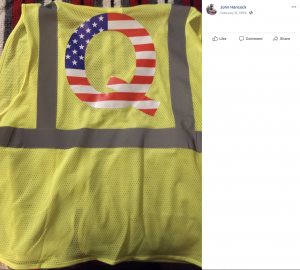 Corey seems to have joined the Army in the late 1980s (Fig 10) and eventually went on to become an 82nd Airborne Division soldier (Fig 11). 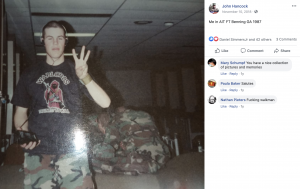 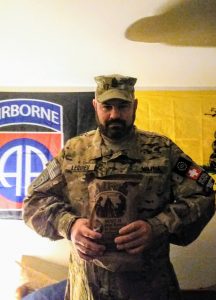 On his Facebook page, he claims to be employed by the US Army (Fig 12) but also claims to be disabled in a statement made to the Carson City Sheriff’s Office (Fig 13). For obvious reasons, we cannot confirm either status but sources confirm that military personnel are usually, and dishonorably, discharged should the military find out they have been convicted of a felony. 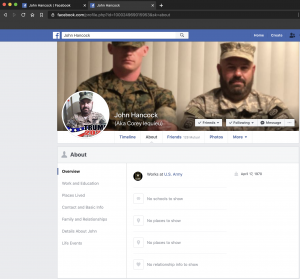 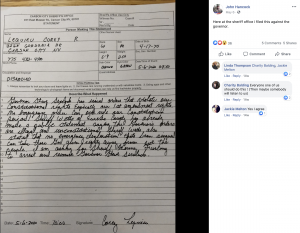 In May 2016, Corey plead guilty, and signed a plea agreement, for Conspiracy to impede officers of United States, a felony. We surmise this is for involvement with the Bundy Occupation in Oregon. In pleading guilty, he forfeited his right to bear arms. We were unable to confirm how much time he spent in federal prison or if he has become a federal informant as part of his plea agreement. In short, if he is caught with firearms, whether privately in his home or out in public, he is committing a federal crime and felony. 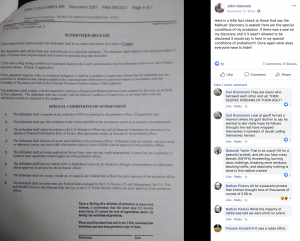 We realize not all III% Militia chapters lean towards white nationalism, however, we are aware that many chapters do. It is obvious the III% Militia needs to clean house. 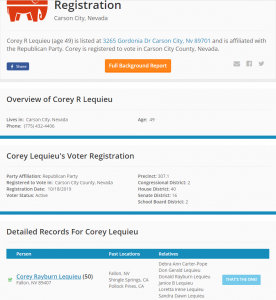